Barley is well-adapted to the cool climate of the Pacific Northwest. Hulless varieties are excellent as a whole-grain, while malting barley is used in brewing beer. Packets are 1 ounce and contain around 400 seeds. 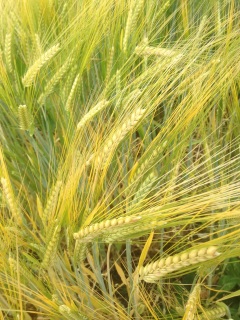 Short and stout, this barley doesn’t tend to lodge (fall over). Easy to harvest and thresh. Hulled, so it’s not the barley for whole grain cooking, but is the one you want for your homebrew projects! 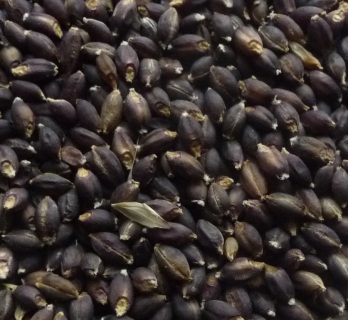 Hulless oats are easier to thresh by hand than traditional oats. Oats as well-suited to the maritime Northwest climate, planted in early spring, requiring little to no irrigation, and harvested during the drought season. Oats are a good substitute for brown rice as a whole grain, can be ground into flour, pressed into rolled oats using an oat roller, or used as livestock feed. Packets are ½ ounce and contain around 450 seeds. 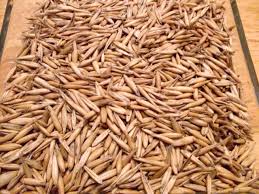 Our highest-yielding hulless oat. The shortest plants in our hulless oats trials, a trait that could make them less likely to lodge during heavy rains.

Einkorn is an ancient relative of wheat, several thousands of years old. It is more tolerant of drought and poor soils but supposedly lower yielding (although not from our experience). I'm gluten-intolerant, and haven't yet had "the guts" to try Einkorn, but for sure it is both more digestible and more nutritious than modern wheat. It is lower in gluten overall, and unhybridized, so the structure of the gluten is different than modern wheat, and it lacks certain proteins the induce symptoms. Easy and fun to grow, but as it does have a hull, you will need to figure out how to hull it. 1 ounce packets contain ~500 seeds.
​ 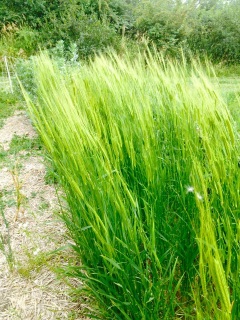 Einkorn, White - Ancient Wheat (Certified Organic)
We got the seed for White Einkorn from our friends at Bountiful Gardens. It yielded at least as well as the wheat and barley varieties we have grown, and was easy to harvest and thresh. Spring planted variety, grows 3' tall. Good variety for the Pacific Northwest (planted in mid-April, matured by the beginning of August).
$
3.50