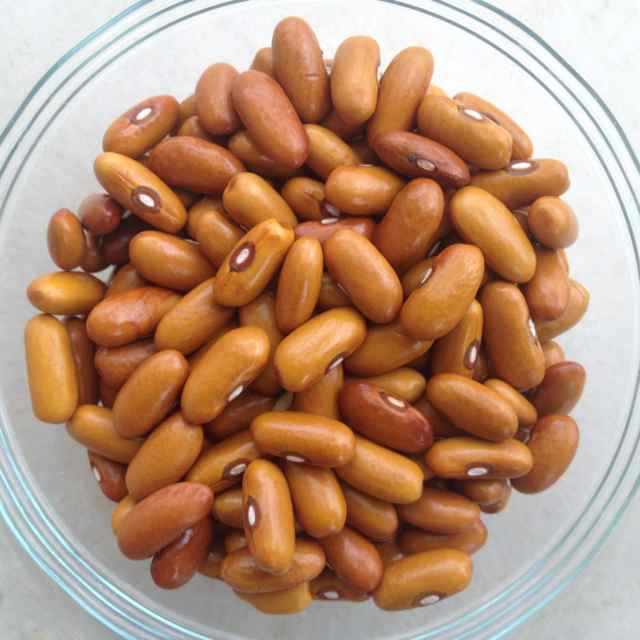 GOLDEN GAUCHO Bush Dry Bean 90 days. Very early productive dry bush bean. Rich distinctive flavor. Plant type is a very determinate bush that goes from completely green (and impervious to damage from rain or irrigation) to completely dry (and ready to harvest) in about 7 – 10 days, unusually fast even for a bush bean. Gaucho is originally an heirloom from Argentina, named after the legendary cowboys of the South American Pampas.

The history of our seed source is that the old Abundant Life Seed Foundation had been stewarding it for a time. Then it was passed on to Carol Deppe, an independent Oregon seed breeder. Carol found that this version had some crosses to green beans, so she re-selected her seed stock for the original dry bean type. She further cleaned up the material so that it was uniform and uniformly early, and named her cleaned-up line “Golden Gaucho”. Carol found that this was the highest yielding dry bush bean she had worked with (over 20 pounds per 100 row feet under ordinary relatively low-input organic field conditions), until she used this as one of the parents to create “Beefy Resilient GREX”, which yielded even better.