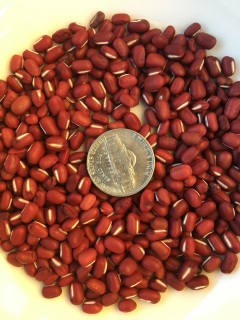 Adzuki - Hokkaido (Certified Organic)
(Vigna angularis): 110-120 days. Marginal to mature in the north part of the Pacific Northwest. A small, oval-shaped bean with deep red color and a light, nutty, semi-sweet flavor. Grown in the Far East for centuries, adzuki beans were introduced to Japan around 1000 AD. A key ingredient in a wide array of Japanese dishes and desserts, also used as a medicinal tea and externally as a beauty aid. Adzuki beans contain lower fats and oil than other beans and provide health benefits for the kidneys, bladder, and reproductive system. Hokkaido Adzuki are considered uniquely medicinal, and have become highly regarded as the “Mercedes” of all adzuki beans. Plants are erect bushes about 18” tall and wide, with yellow flowers followed by clusters of long, green pods. 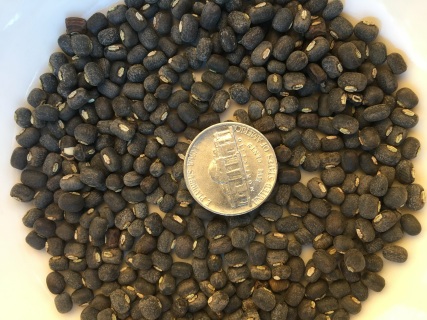 Black Gram - Kali (Certified Organic)
(Vigna mungo): 80 days. A tiny black legume, originating from the Indian subcontinent where it has been cultivated since ancient times and consumed as a staple. Also known as “black lentil” and previously thought of as belonging to the same species as the mung bean. Black Gram is used for dal or made into flour for flat breads. Very nutritious, high in protein, potassium, calcium, iron, and B vitamins. The plant is small and furry with yellow flowers. Will mature in cooler climates but yields are lower than common dry beans. This variety was sourced from Kathmandu Valley in Nepal by Anpetu Oihankesni of Sourcepoint Organic Seeds.  Packets are ¼ ounce and contain ~120 seeds. 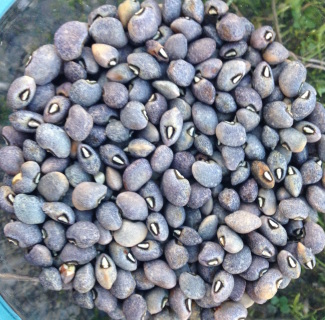 Cowpea - Grey Speckled Palapye (Certified Organic)
Vigna sinesis. This pretty little bean is the first cowpea I've had much sucess growing here in the Pacifc Northwest. During our average summer of 2016, I planted these in mid-May and harvested in late August. Productive and easy to harvest and thresh, with long pods held above the groud by short robust plants. Originally from a market in Palapye, Botswana, we credit our friends at Adaptive Seeds for discovering this gem.
$
3.50

FAVAS - Vicia faba
Fava beans are an exceptional over-wintering crop for the Pacific Northwest. Over-wintering favas provide the highest yields of any legume, the ability to double as a cover crop, and are tasty and high in protein. Favas are also tolerant of somewhat soggy soils so can be an option where other cover crops are not. Can be eaten as a shelled green bean or as a dry storage bean. 2 oz. packets. 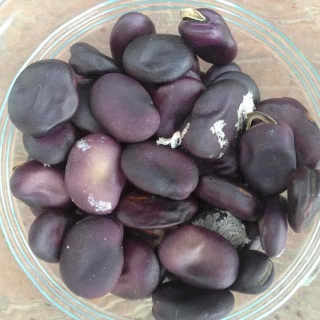 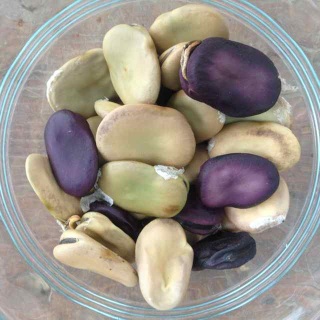 Fava - Ianto's Return (Certified Organic)
An interbreeding collection representing the diversity of many of the varieties worked with by Ianto Evans, a famous fava breeder. This population has been strongly selecting for overwintering by Nick Routledge in the Willamette Vally, OR. We are still testing it for overwintering in Northwest Washington. Seeds are large and range from purple to lavender to tan. Plants are large with many tillers.

GARBANZOS (aka CHICKPEAS) - Cicer arietinum
Garbanzo beans (chickpeas) are a cool-weather crop that is sown in the spring with peas and harvested during the mid-summer drought. Plants are typically about 2 feet tall. Garbanzos are one of the more nutritious members of the bean family - rich in protein, calcium, iron and B vitamins. Packets are 1 ounce and contain approximately 80 seeds. 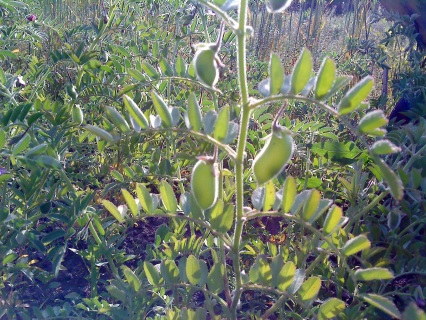 This very early-maturing garbanzo has a black seed coat. It is very tasty with slightly chewy skins. Makes excellent, purple-hued hummus. Said to be originally from Afghanistan improved by WSU to tolerate cooler soils and light frosts. Reliably matures in the maritime northwest. 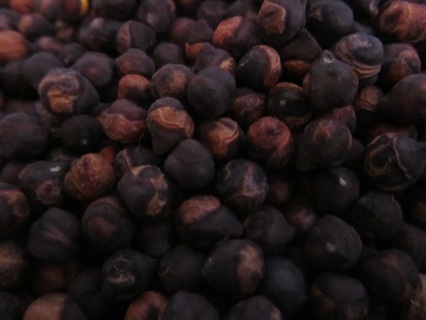 Garbanzo - Hannan Popbean (Certified Organic)
OSSI-Pledged Variety.  Another gem from Carol Deppe, who messed around with numerous chickpeas before coming up with this "popbean".  Similar in use to "nunas" (parchign beans) of latin america, these chickpeas can be roasted, parched, fried, or microwaved into a crunchy snacking bean, with a flavor more like a roasted nut than a boiled bean. Can also be cooked just like any other garbanzo/chickpea.

Hannan popbean is a self-supporting, 18" tall bush bean. We plant in April in the Northwest, and harvest in August. Later plantings give flowering on tiny plants, thus produce few seeds. Seedlings are freeze-hardy. Plant at or thin to 8 inches. Fairly drought-tolerant in the maritime Northwest.  Selected buy Carol for production under organic conditions in Willamette Valley Oregon, hotbed of aphid-spread pea diseases. Highly resistant to soil borne diseases including Fusarium and to aphid-borne diseases. 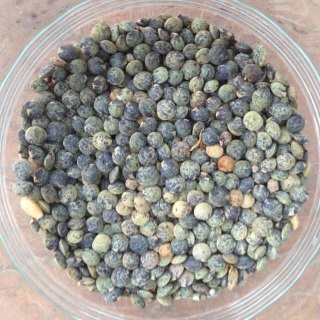 Lentil - Le Puy (Certified Organic)
We obtained this variety from our friends at Uprising Seeds and they are so entrancingly gorgeous that we can’t help but offer them as well. Tiny seeds with turquois mottling, each seed appears to be its own miniature painting. Grown organically but not certified. 1/2 oz packets.
$
3.50

SOYBEANS - Glycine max
There are many varieties of soybeans that are early, much tastier than conventional soybeans grown in the U.S., and are not contaminated by Roundup-Ready genes. Delicious as a simply cooked dry bean; they cook in about 90 minutes. Packets are 1 ounce, containing around 100 seeds. 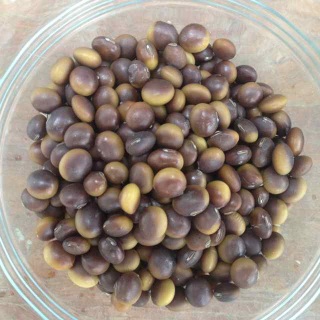 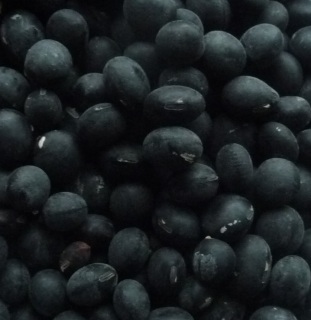 Soybean - Black Jet (Certified Organic)
Tasty, early, small black variety. One of the earliest. Still challenging to grow during a cool summer but will mature most years in the Pacific Northwest. Try planting soybeans and other heat-loving legumes along the south edge of a tall planting (such as corn, pole beans, or amaranth) to trap extra heat.