All of our corn (except popcorn – see below) has been hand-pollinated to ensure purity and prevent potential contamination from nearby GMO corn. Save seed from at least 200 plants to ensure a genetically vigorous population and prevent inbreeding depression. We recommend isolating your corn from other corn types or hand-pollinating to keep your seed stock pure. Packets are one ounce. Ask about being a seed steward in our Non-GMO Corn Preservation Project if you are located in the Pacific Northwest.

Most popcorn varieties carry a gene that prevents pollination by other types of corn, including (most importantly), GMO dent corn. This is the only corn we do not hand-pollinate, because so far we see no evidence that any of cross-breeding with any of the other types of corn we grow (or nearby GMO corn). Approximately 90 seeds per ½ ounce packet. 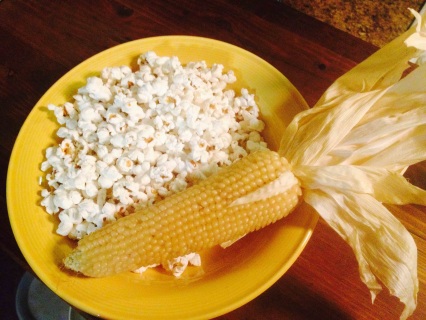 Grain Corn - Amish Butter Popcorn
(aka Pennsylvania Dutch Butter): Maintained by the PA Dutch since before 1885, this heirloom popcorn lives up to its name. Fluffy, tender popcorn with loads of flavor sure to please. Our original seed stock is from Ayers Creek Farm in Oregon, who have been selecting it under Pacific Northwest conditions and to maintain quality. Purported to be multi-purpose as well, making excellent polenta, masa, and flour. 8’ plants selected for 6” conical heads, several weeks later to mature than Dakota Black but will mature fine in warmer summers or average to warmer parts of the Pacific Northwest. 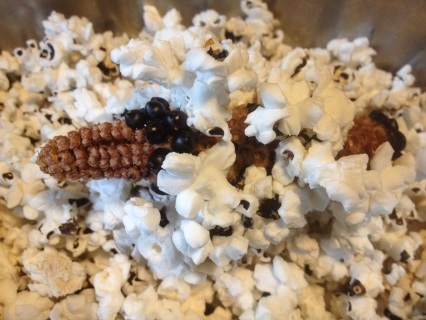 Grain Corn - Dakota Black Popcorn
One of the earliest maturing and easiest to grow popcorns. 4-6” ears on 6' tall plants with two ears per plant. Dark black, pointed kernels have a ruby-red glassy shine. Pops white with chocolatey-brown centers. The flavor is delicious, hearty and crunchy. Developed by the Podoll's of Prairie Road Organic Farm, seed growers in North Dakota.

Dent corn is one of the most cultivated crops around the world and an important staple in a locally-grown diet. It is a starchy (rather than sweet) type of corn that can be processed at home into hominy, tortillas, and tamales. Processed in this way and eaten in combination with legumes, dent corn provides a complete protein. In addition, corn yields are higher than other grains. Approximately 75 seeds per one ounce packet. 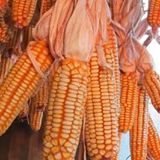 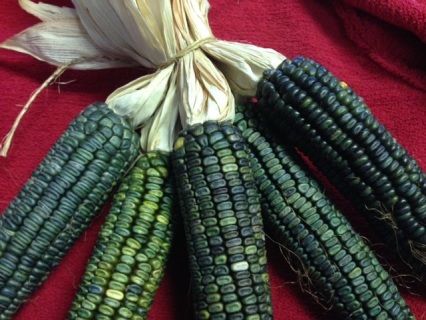 Corn, Oaxacan Green Dent (Certified Organic)
Tested GMO-Free! Beautiful ears of corn come in a range of greens, from yellow-green through emerald. An heirloom corn from Southern Mexico, it has been used to make a regional favorite, green-flour tamales. Also makes excellent cornbread! The 6- to 10-inch ears make an attractive, edible, fall decoration. Plants reach 7 feet, are very drought-tolerant, and perform well even at higher latitudes. A bit late to mature in the Pacific Northwest, but it beats our other dent corns in taste tests so we will happily continue to struggle with it. 1 oz = approx. 75 seeds.
$
3.50

Flint corn is the type typically used in making polenta. It has the hardest kernel and thus is the most difficult to grind into a fine flour. Flint corn also makes excellent hominy and posole, the easiest way to process corn without a grinder. Flint corn is often known as “Indian Corn” and used as ornamental. Packets are 2 ounces to ensure enough seed for a genetic diverse population. Approximately 85 seeds per one ounce packet.