Amaranth is a traditional grain crop of the Andes. The seeds are high in protein and gluten-free. The seeds are ground into flour, popped like popcorn, or cooked into a porridge. The leaves can be cooked like spinach, and the seeds can be germinated into nutritious sprouts. Amaranth is challenging to mature in the Pacific Northwest during our cooler summers but worth a try nonetheless. Great potential for small spaces. Packets are ½ gram and contain a minimum of 500 seeds. 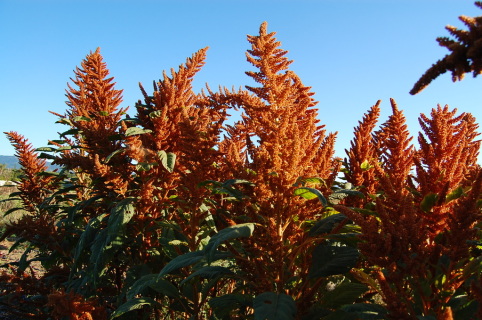 Beautiful burnt-orange seedheads on 6- to 8-foot tall plants with orange stalks. Primarily a grain amaranth (tasty and productive) but very ornamental as well. Each plant can produce up to 1 lb of light beige seeds that are easy to thresh. Most successful amaranth for us over the years. ​Certified Organic.

Buckwheat is most commonly used as a cover crop but can be left to go to seed for use as a grain. Hulls are difficult to remove for use as a whole grain but the seed can be ground whole into a delicious and nutritious flour, hulls and all. Bees love the flowers. Packets are 1 ounce and contain about 1000 seeds. 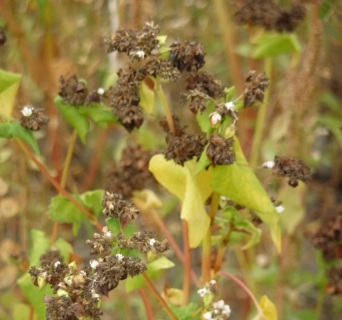 Buckwheat - Common (Certified Organic)
Fagopyrum esculentum. The most common crop variety of buckwheat. Grows to about 3 feet tall. Hulls prevent easy use as a whole cooked grain, but it is easy to grind and sift out the hulls for a nutritious and delicious flour.
$
3.50 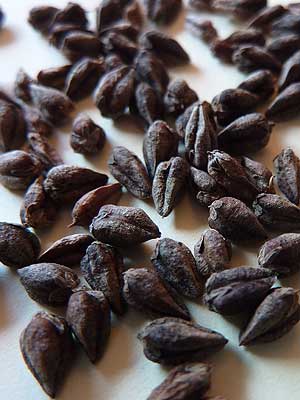 Buckwheat - Medawaska (Certified Organic)
Fagopyrum tartarica. Plants grow to 5 feet and attract many beneficial insects. Good cover crop. Infusion made from the flowering tops is high in rutin, which combats the hardening of the veins and arteries. The hulls of this variety are softer and grind easier than common buckwheat.
$3.50 $2.62

Flax is very high in Omega-3 fatty acids. Seeds can be sown in mid-spring and harvested during August when it is still relatively dry. Packets are 1/2 ounce and contain around 800 seeds. 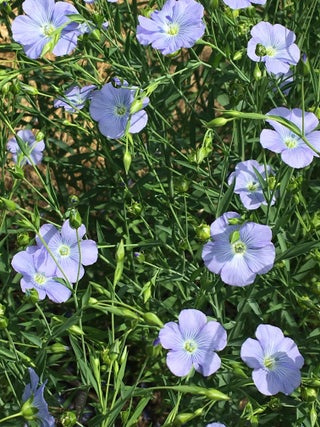 The seeds of this variety are not as mucilaginous as other varieties and are scrumptious eaten out of hand or added directly to breads, muffins or cereals. The plants have very pretty blue flowers about knee high that appear daily only to disappear until the next day’s glorious display.

Millets are a group of small-seeded grain crops that span several families and genera. Most are commonly grown in the southern US, Africa, India and other warm climates. All of the varieties we offer are those that grow well in a cool climate and have been successful in Whatcom County. Planted in late May, they will mature by September in an average year. Millet is a highly nutritious gluten-free grain. Millet seeds contain a hull that would need to be removed for use as a whole grain; seeds can also be ground into a flour with the hulls on. Packets are 4 grams and contain a minimum of 500 seeds for Proso and 1,00 seeds for Foxtail. 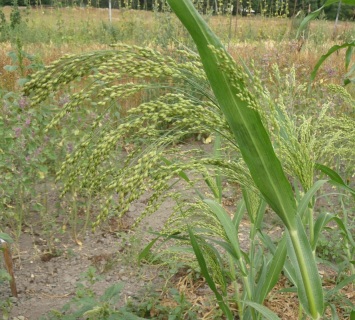 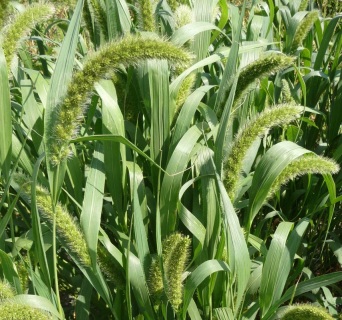 Millet - Foxtail
Setaria italic. The second-most widely planted type of millet, primarily in Asia. This millet has the longest history, as it has been grown in China since the sixth millennium BC. Reaches about 4’ tall. The variety we offer is a cool-season, early maturing variety obtained from the USDA. 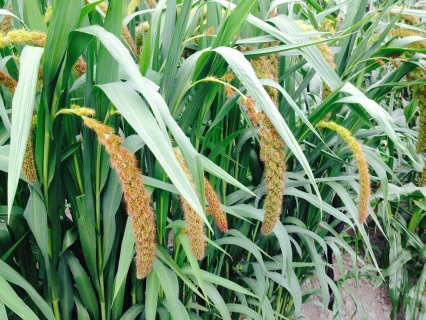 Setaria italica. Limelight millet is a hulled foxtail-type, later to mature than our other foxtail millet, but much larger and more productive. Uniform in height (3-5', depending on conditions) and bloom time, it is wonderfully ornamental but also nutritious as a grain for humans, chickens, or wild birds. Stalks emerge lime green and ripen to gold. Grind into a high-protein, gluten-free flour, feed the whole stalks to chickens, or harvest some for bouquets and leave some in the field for over-wintering wild birds. Direct sow in late spring in wide rows or blocks to hold the plants up.

Quinoa is another traditional South American crop with great potential for our climate. With a nutty flavor and the most complete protein of any grain-type crop, its popularity is increasing quickly in this country. Quinoa seeds contain a bitter coating of saponins that can be labor-intensive to rinse off before cooking (the positive side is that the saponins protect the crop from marauding birds). Transplant quinoa during the spring to allow enough time to mature. Packets contain a minimum of several hundred seeds. Packets are ½ gram and contain a minimum of 250 seeds. 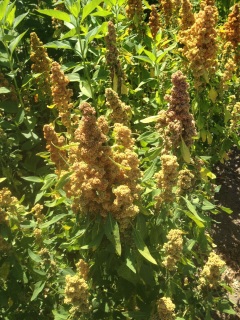 Quinoa - Titicaca (Certified Organic)
Bred by Sven-Erik Jacobsen in the UK, from material from Chile and Peru. Selected and bred for early maturity under North European conditions. We got this on recommendation from WSU, as it was one of the top performers in their Pacific Northwest quinoa trials. The best performing quinoa from our 2015 trials, a few weeks earlier than Linares. Golden orange flowers matured early and evenly in the field. 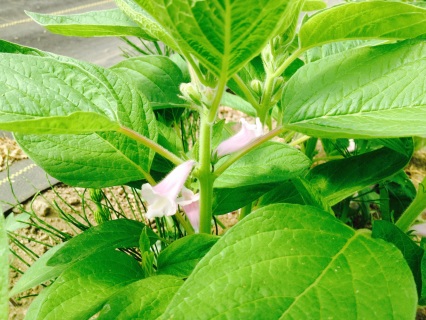 Sesame - Kingoma
A tan variety, good for all edible uses; can also be pressed into oil. Earlier to mature than many sesame varieties but still recommended to be grown in a hoophouse in our climate. Interesting 3' tall plants, with trumpet flowers and fat seed pods. When dry, seeds shake right out of the pods by turning the plants upside down ("open sesame"). Prefers rich soil and extra calcium. Start indoors and transplant when weather is reliably warm.
$
3.75