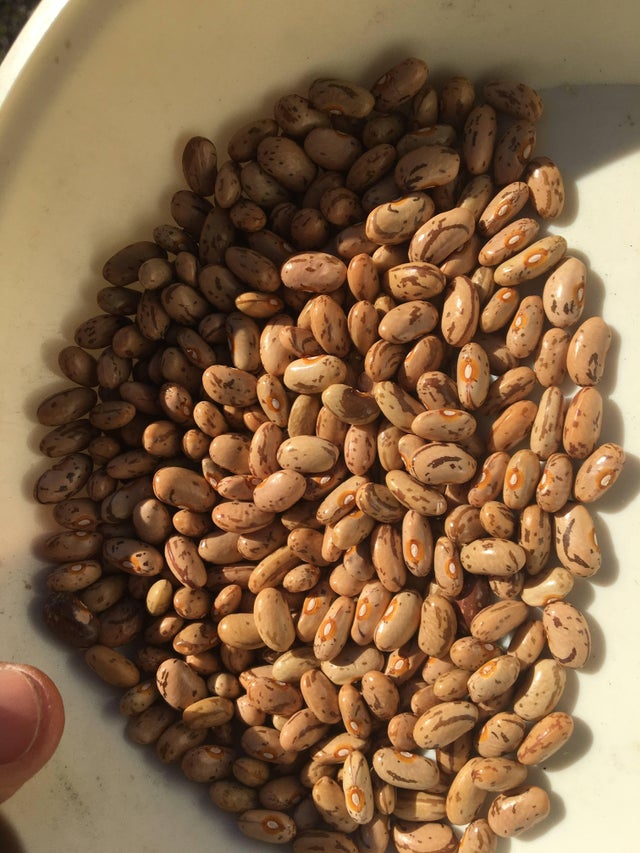 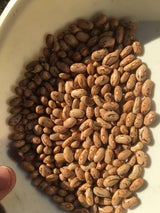 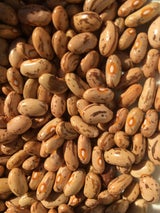 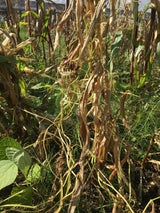 We've been looking for a suitable bean to grow with the Three Sisters method (interplanting corn, beans and squash) for awhile now. The corn that grows well in our short season climate doesn't get very tall or strong, and can't support a regular pole bean (the vines just topple the corn plants). This little bean is a fun one! It just keeps on producing late into the fall, on a similar schedule as our slow and steady harvest of the maturing grain corn. We've grown it on popcorn, flour corn, and a later planting of sweet corn with success. It's especially handy in times when you end up with gaps between your corn plants and need to fill in the gaps. You can also plant it right next to the corn plants themselves. It's best to get your corn in early so you can give it a little bit of a head start so that it can support the growing bean vines.

Currently we can't find this bean for sale anywhere else so there isn't a lot of info to find about this bean. According to Tim Springsteen at Oxbow Farm in upstate New York, who originally shared this bean with us: "Octarora Cornfield is from Pennsylvania and is supposedly a Quaker heirloom which usually means it was originally a Lenape or Susquehannock variety if its a bean or corn. It grew really nicely on my Cascade Series flints 'three sisters' style without pulling them down."

We hope you will try this bean out if you're trying to grow something on your corn stalks, it feels like a special "bonus" harvest at the end of the season, requiring no extra space or attention.