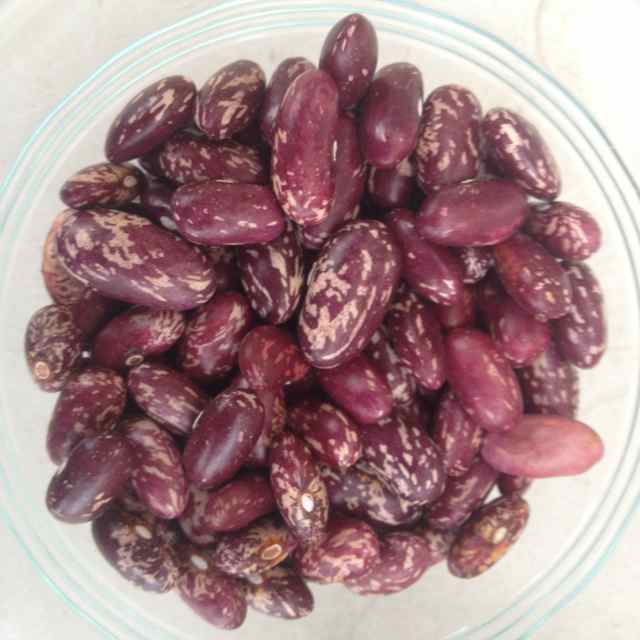 SPANISH TOLOSANA Bush Dry Bean 120 days for dry seed. This beautiful heirloom bean is native to the New World but is said to have been brought back to Spain by Spanish missionaries and propagated in the Basque region of Spain ever since. Also called "The Prince" this variety is very popular in Europe but has become quite rare here in the United States. Heirloom Spanish Tolosana Bean has a growth habit similar to other kidney beans growing on tall bush type plants. This dry shell bean variety produces beans that are over 1/4" wide and over 1/2 inch long. Beautiful as well as tasty, the Spanish Tolosana Bean is tan with deep brick red markings. The flavor is mild and the texture is creamy but still holds up well when cooked. Use this bean in your recipes that normally call for kidney beans.